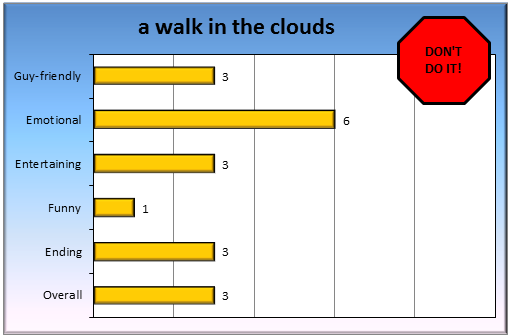 A newly married World War II veteran embarks on a trip to sell chocolates (because that’s what you do for work in the 1950’s). He encounters a damsel in distress and decides to help her by posing as her husband. He finds himself falling for the woman and begins to win over her family. He must choose between the wife whom he barely knows, and his newly discovered love.

As I watched Keanu Reeves in this dramatic role, it felt strangely familiar. His performance was strangely reminiscent of… I couldn’t put my finger on it until I closed my eyes and just listened. Napoleon Dynamite. I was sure that Keanu looked to Jon Heder’s character for inspiration in this role; but I quickly realized that this movie was released nearly a decade before Napoleon made his appearance. It must have been the other way around. I am now convinced that Napoleon Dynamite is loosely inspired by this tale of romance: not necessarily the story, but the lead performance. Once my mind caught hold of this idea, it was hard to focus on the movie itself.

It is a period romance. It is a woman being “rescued” from the judgment of her family by a strong male figure. They are wrapped up in a whirlwind of emotion, and can’t help but fall in love with each other. It is everything you would expect from a chick flick, minus the “girl-power”. It’s also pretty boring: the exciting climax is when the families vineyard is accidentally lit on fire. Bummer.

I would want you to see this one for the “Keanu Reeves-Napoleon Dynamite thing” mentioned earlier, then skip out or take a nap. 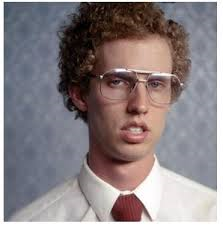